If you were to ask someone to think about unique pets, tarantulas would likely be one of their first thoughts. These creatures have always had a place in the hearts of "strange animal" enthusiasts, but they've become a lot more mainstream over the years with many people breeding tarantulas.

This post aims to highlight all of the different kinds of tarantulas that exist. This will help to give you an idea of what crazy/unique tarantulas exist, in addition to helping you find the right tarantula for yourself!

How Many Types Of Tarantulas Are There?

This is a very hard question to answer, as new tarantulas are being discovered/recognized all the time and others are no longer being recognized as species. However, it can be said that there are about 800-900 different types of tarantulas when referring to unique species.

Types of tarantulas can also be split up into their origins (new world and old world) which contributes to behavior, or environmental preferences (arboreal or terrestrial). Both of these factors are large indicators of how exactly a tarantula will be to take care of, and it also allows very loose grouping of different genera/species.

So, while there are nearly 1,000 different types of tarantulas, some of them happen to have a lot in common with each other.

Tarantulas are broken down into two classifications, the genus and the species. For example, with the tarantula Grammostola pulchra, Grammostola is the genus and pulchra is the species. While mostly every species within a particular genus is different, many of them share some common trends that truly define that genus.

This is why a tarantula's genus is so important in classifying and differentiating them.

An example of this is apparent with the genus Poecilotheria. This genus is well-known for its very aggressive yet visually-stunning tarantulas. Some of the species are less aggressive or less attractive than others, but the general trend is aggressiveness and a great appearance.

One of the main classifications of tarantulas is whether they're old world or new world. Many people think that old world tarantulas are simply types of tarantulas that have been around for a long time while new worlds are newer species, but this is far from true.

New world and old world classifications are determined by a tarantula's geographic location! We have an in-depth, comprehensive guide on new world vs. old world tarantulas in case you really want to learn about the differences.

Any tarantula that's classified as "old world" is naturally found in the old world, which includes Asia, Africa, Australia, and Europe. This can be summarized as the Eastern Hemisphere. It's called the old world because it's the area that was inhabited before the discovery of the Americas. Most of them have the tendency to be short-tempered, speedy, and aggressive. They won't hesitate to bite when provoked, and they usually pack a massive punch with their bite.

A majority of old world tarantulas also tend to look very attractive, flaunting unique appearances and eye-catching colors. This makes them a tempting choice for new owners, but maybe not the best choice!

The other type of tarantula are new worlds -- polar opposites of old world tarantulas. New worlds are classified by their geographic origin being in the Western Hemisphere.

This includes North, South, and Central America. While this is a broad region with many different types of tarantulas, many of them have the same over-arching traits. New world tarantulas are definitely the recommended tarantula type for beginners. While there are exceptions, an overwhelming majority of these tarantulas are quite docile, friendly, and take a lot of prodding before getting defensive.

They tend to be much easier to care for, which is why beginners are always urged to go with a new world tarantula over an old world.

As stated, this classification isn't entirely cut-and-dry, though. Some new world tarantulas are quite aggressive, fast-moving, and quick to bite. This means that it's important for you to research each tarantula individually and to not jump to conclusions.

Another classification method for tarantulas is defining them as terrestrial or arboreal tarantulas. Over millions of years of evolution, tarantulas have evolved to thrive in different types of environments.

This has influenced many different aspects of the tarantulas themselves -- so much so that their survival preferences are a major form of classification.

There are two types of tarantulas in this respect: terrestrial and arboreal tarantulas. This defines where those tarantulas live in the wild -- either on the ground/in burrows or in trees.

While their environmental preferences do sometimes influence their overall behavior, it largely just determines how they should be kept.

"Terrestrial" is such a broad classification that there's bound to be an extremely large amount of different types of tarantulas falling underneath it. However, essentially all terrestrial tarantulas live on the ground and rarely large structures. They do their hunting, breeding, and sleeping on or below or the dirt or sand.

With a terrestrial tarantula, you can expect a tarantula that stays on the ground of their enclosure and typically burrows into their substrate. Their enclosures are longer and wider than they are tall, as floor space is the biggest necessity for them.

Some people love terrestrial tarantulas, and others hate them. Dislike for terrestrials stems from the fact that some tarantulas are fossorial, meaning that they spend most of their time in their burrow. This keeps them out of sight most of the time, making them quite boring to own!

You're probably able to guess that arboreal tarantulas are tarantulas that live in trees! They rarely if ever come down onto the ground, and do most of their daily tasks up high. Their required enclosures are taller than they are wide, as they need quite a few inches to climb and construct webs.

Even though they're elevated, they still enjoy a nice tarantula hide, in addition to a water dish and the typical foliage of a tarantula enclosure.

While this type of tarantula spends most of its time out in the open, there are a few species that are pretty finicky when it comes to their care requirements. Avicularia, for instance, needs quite a specific humidity level. This isn't very common, though, and most arboreal tarantulas aren't overly difficult to house.

Examples Of A Few Types Of Tarantulas

With over 800 species of tarantula, it's not very easy to know exactly how many types there are. While tarantulas can be divvied up based on their geographic location, genus, and environmental habitat, they're all still so different!

Beneath, we've highlighted 10 different types of tarantulas. All of these are quite different, and they're a great way to really understand just what kind of diversity exists! This tarantula is jet-black in appearance and grows to a substantial 6 to 8 inches of legspan, making for quite a striking tarantula! It also has an impressive lifespan, with males living up to 8 years and females living for several decades. It's a laid-back species that rarely ever gets aggressive, so it's a favorite among beginner and experienced owners alike. This tarantula's common name is the Brazilian Blue and Green Pinktoe -- aptly named for its blue-green body and pink toes. As it's part of the Avicularia genus and a new world tarantula, it's very laid-back and easy to care for. It's one of the top-recommended tarantulas for beginners. They're also nice and affordable, making them very accessible. One of the most dangerous tarantulas in existence, but a favorite among enthusiasts. This stunning tarantula has a mix of different colors and patterns that make it stand out -- not to mention its awesome size of 8 inches. The Sri Lanka Ornamental tarantula is known as one of the fastest tarantulas out there, making it very difficult to keep. It also has some of the most potent venom, resulting in pain, swelling, and cramps for days on end. Another Avicularia tarantula that's notable because of its very small size (3 inches). This small size has made the species particularly skittish and nervous, opting to dart away and hide when presented with threats. Regardless, it's easy to care for, unique in its appearance, and only requires special attention to its enclosure's airflow. Also called the Pumpkin Patch tarantula, this species is well-known for its awesome appearance. Its body is light but its carapace and abdomen feature orange and black markings -- perfect for Halloween! It's also quite small, with females only reaching up to 4 inches. It's also quite easy to care for due to the fact that its ideal enclosure is simply and its temperament is only a bit skittish. Considered to be one of the most well-received tarantulas today! This is due to its brilliant blue and orange appearance perfectly complimenting its easy-going and friendly personality. It's quite a heavy webber, meaning that you can expect its enclosure to quickly fill up with intricate webs. Unfortunately, such desirability brings with it a higher price tag, where adult females sell for a couple hundred dollars. One of the smallest tarantula species by a long shot, with adults only growing to 2 inches in legspan! It still has a beautiful appearance, though, with black and orange coloring and a heart pattern on its abdomen. While they are skittish and will readily flee from danger, many owners find them to be slow-moving normally and make exaggerated movements while going about its day.

One of the most expensive tarantulas, this is also one of the most popular! When you think of goliath tarantulas, you're likely to picture Theraphosa apophysis. Females can live up to 20 years and reach a legspan of a foot! That's not something that many other types of tarantulas can do. It has a ravenous appetite but a personality that's very laid-back, making them an excellent display tarantula. This tarantula is known to have one of the best personalities in a spider. They're bold in the sense that they'll be quick to throw up a defense pose, but they ultimately prefer to flee in favor of fighting. They're also one of the most aggressive eaters that you'll ever see, happily eating any and everything in their way. On top of this, like the rest of the Lasiodora genus, this tarantula is nice and easy to care for. This species was pronounced Best In Show in the 2014 British Tarantula Society Exhibition, and for good reason! Its tan/gold body and rich blue legs excellently compliment each other to create a beautiful species. While it is a baboon tarantula, it can be quite aggressive and not nice to care for. However, it has the great ability to be kept communally as long as enough food is provided. That's quite special! 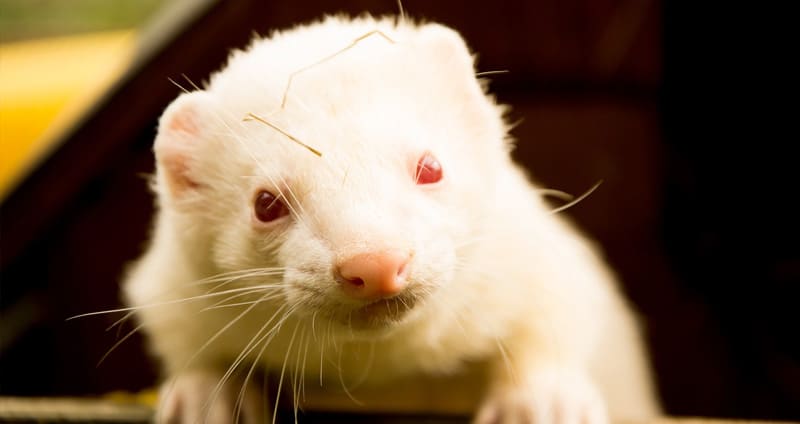