While there are many large and impressive tarantula species out there, not many people are aware about the small but mighty species that exist. Of the "pygmy" tarantulas, one stands out as an outgoing, fun, and beautiful tarantula that's at the top of the wish lists of many enthusiasts -- and that's the Pumpkin Patch Tarantula (Hapalopus sp. Columbia).

For what an incredible species this is, surprisingly few people are aware of its existence! This post will go in-depth about everything that this tarantula has to offer besides its festive looks, such as its unique personality and specific care instructions.

The main reason why this tarantula is so well-received is its unique and utterly beautiful appearance. The orange markings located on the spider's carapace and abdomen are contrasted by a deep black coloring, taking on a Halloween theme and thus bringing about the name "Pumpkin Patch".

While this is a pygmy species, they don't have much of a sling stage. Even as a newly-hatched spiderling, the markings and coloration of this tarantula are very prominent -- giving you a nice show from day one. However, this doesn't matter very much as Pumpkin Patch Tarantulas grow to adulthood very quickly and develop their fiery personalities equally as fast.

As mentioned, the size of this species is a lot smaller than most. As a spiderling, they barely reach 1/8" in size. However, well-fed specimens will molt around every 1.5 to 2 months, typically reaching their full size within 2 years. Males are smaller at around 2.5", while females tend to reach about 3.5" to 4". Regardless, both sexes have an appearance that can't be beat by most other species. A great thing about this species is that it isn't just a good looking tarantula -- it's also an extremely interesting one to own! Although they have small bodies, their personalities are just as big as some of the more active tarantulas. Even from a young age, it's quite obvious that the Pumpkin Patch Tarantula will bring you plenty of entertainment with essentially no downsides.

Pumpkin Patch Tarantulas are new world tarantulas, which are species that are typically known for their more laid-back demeanor, lack of aggression, and preference to take flight over fighting a potential predator. In short, these are tarantulas that are typically recommended for new keepers and people that don't want to deal with aggression. Hapalopus sp. Columbia is no exception to this description!

To begin with, the Pumpkin Patch Tarantula is quite a docile species. There are very few, if any reports of them threat posing or flicking hairs at their owners (despite them having the ability to). However, they're decently skittish as they prefer to stay away from any danger.

When you access their enclosure, there's a good chance that they'll scuttle away towards their burrow or their hide. Some of these tarantulas will take more of a liking towards trying to escape, quickly dashing towards any opening in their enclosure. So, they can be described as a bit high-strung, but they're very docile and just have a disproportionate amount of energy for their bodies.

While Pumpkin Patch Tarantulas are very pleasant, it still isn't recommended that you handle them. We don't recommend that you handle any tarantulas, but these are especially bad to handle due to their small size and unpredictable speed that they move with. Fortunately, they spend a good amount of time outside of their burrows and hides, meaning that you'll be seeing them plenty.

​​If you're planning on bringing home a Pumpkin Patch Tarantula, you need to make sure that you have an enclosure set up that meets all of their needs. Additionally, since these tarantulas are quite skittish and don't prefer interaction, it's best to set their enclosure up in a way that will require very little intervention in the future.

The enclosure should be constructed in a way that's similar to their natural environment. This species is from Columbia, specifically a region that stays around 75°F to 80°F. In terms of humidity, the year sees fluctuations of dry periods and rainy periods, but humidity levels are typically at or above 70%.

While Pumpkin Patch Tarantulas have specific needs for their enclosures, it isn't difficult to meet those needs. First and foremost, this is a terrestrial tarantula that has a very strong desire to create burrows. Because of this, you'll need to supply it with an optimal enclosure for terrestrial tarantulas so that they're as comfortable as possible.

This is a very small species, so the enclosure requirements are a bit different from other, bigger species. While you could invest in a standard tarantula enclosure, a simple plastic enclosure with a secure lid would be more than appropriate for this tarantula. This particular enclosure is big enough for a Pumpkin Patch Tarantula to properly utilize their enclosure, create intricate webs, and dig a sizable burrow.

The inside of the enclosure will then need to be decorated to be as homely for the tarantula as possible. This includes layering about 5 inches of fresh, moisture-retaining substrate on the ground, then adorning it with a small water bowl, sphagnum moss, a small hide, and some rocks, sticks, or small plants.

For these tarantulas, it's typically recommended to use a mixture of moist coco fiber substrate with peat moss and mist a portion of the substrate every other week or so. Since they're optimistic burrowers, many keepers create starter burrows by pushing a pencil down into the substrate. These excited creatures quickly move into the burrows, web up the entrances, and make themselves at home.

While they're small, these tarantulas come with a ravenous appetite that's unrivaled by many other species. This makes them fascinating to watch -- providing plenty of entertainment any time you go to give them their bi-weekly meal.

Pumpkin Patch Tarantulas are incredibly small as slings, meaning that they'd have trouble hunting anything at that size. Due to this, owners typically feed their tarantulas one of two foods, and those are flightless fruit flies or pre-killed and cut up crickets. Since slings are scavenge feeders, they happily accept the pre-killed food and use it to grow quite quickly.

As a fully-grown adult, they're a bit more able to hold their own. An average amount of food is a medium-sized cricket given to them about two times per week. When live prey is placed in their enclosure, they tend to dart out of their hides and quickly subdue the insect. The only time that this vigor isn't present is during premolt when they stop eating entirely. 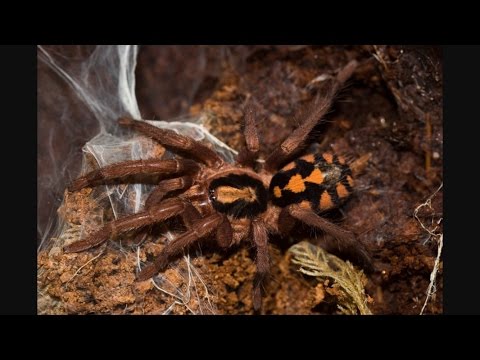 In terms of health problems you may experience with this species, fortunately there aren't many. Captive-held tarantulas tend to not experience many serious problems as long as they're properly cared for.

If your Pumpkin Patch Tarantula is given enough food and water and is kept in a good enclosure, no issues should arise. While dehydration and parasites/mites are the most prominent issues, they can both easily be dealt with.​​

There are two important things to note when it comes to this species of tarantula. First of all, you need to make sure that its enclosure has plenty of places to hide. Since this is a more skittish species, their enclosure needs to provide them with hiding places where they can feel more safe and secure. This is done through a hide, some foliage, and adequate burrow space.

Additionally, it needs to be reiterated how small the Pumpkin Patch Tarantula is. Because of the size of this tarantula, a few dangers are posed. They can easily escape from their enclosure if it isn't entirely sealed, and they can get away from you if they decide to dart.

Additionally, a fall from just a few inches is enough to seriously damage or kill one of these tarantulas, so never handle them or allow them to climb to dangerous heights.

This species is quite middle of the ground when it comes to their popularity. The size of this tarantula doesn't appeal to everybody, but the coloring and personality makes it a hit among other people. Due to this, Pumpkin Patch Tarantulas aren't the most expensive species that you can purchase today -- but they aren't the absolute cheapest.

There are several online marketplaces and breeders selling this tarantula species. The typical price for a small sling is about $30 to $40, and this includes a safe arrival and good health guarantee.

However, while they're cheap, availability is quite an issue as they tend to be out of stock a lot. Because of this, you'll need to constantly be checking message boards for signs of this great species becoming available.

Overall, for $40, this tarantula brings so much to the table. It's unique small size combined with its festive appearance and wonderful temperament makes it a great addition to any enthusiast's collection, new or experienced. Pumpkin Patch Tarantulas are one of those tarantulas that just demands your attention and makes you glad that you're caring for one. 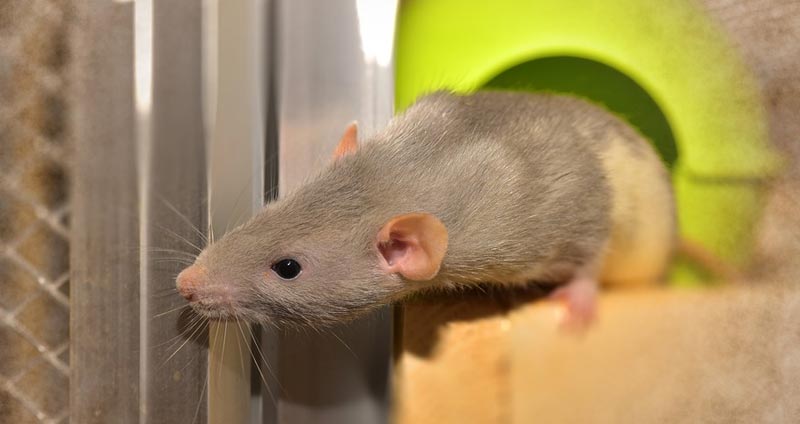