Tarantulas have become extremely popular pets over the past decade or so, and it’s clear why that is. These creatures look incredible, are fun to care for, and provide endless hours of entertainment.

One of the most important aspects of tarantula ownership, aside from housing them properly, is feeding them an optimal diet. For beginner tarantula keepers, it may not be very clear what tarantulas eat.

This guide will tell you everything that you need to know about tarantula feeding, including what they eat, how to feed them, and any other small caveats.

What Do Tarantulas Eat In The Wild?

Tarantulas are opportunistic carnivores, meaning that in the wild they can be observed eating a variety of different animals. They aren’t picky, and if they’re hungry, they’ll happily devour any creature that they come across.

Smaller tarantulas, especially dwarf species, primarily feed on insects such as crickets, roaches, beetles, caterpillars, grasshoppers, cicadas, and other spiders. These smaller species do take on larger prey, but doing so could pose a threat, so it isn’t very common.

Larger tarantulas branch out in terms of what they eat. While they will eat smaller insects, they also eat lizards, frogs, toads, snakes, and rodents.

Some of largest species of tarantula, such as the Goliath Bird Eater Tarantula, eat birds — hence the name.

Essentially, a wild tarantula’s diet depends on their natural habitat. Over millions of years, each species has adapted to perfectly hunt down prey that they’ve been cohabitating with. However, that doesn’t mean that they need to eat that specific animal in order to stay healthy.

What Do Pet Tarantulas Eat?

While wild tarantulas eat a very diverse diet due to the wide array of prey animals available, tarantulas in captivity don’t need such a diverse diet. In fact, they can eat one single insect their entire life and live for a very long time. It isn’t recommended, but it’s possible.

These foods aren’t equal, though, and need to be fed differently from eachother.

Crickets are, by far, the most popular tarantula food. Most, if not all owners use crickets as the primary feeder insect for their tarantulas, and you’ll struggle to find a much better food for them.

Benefits – There are many reasons why crickets make for great tarantula food. They’re very nutritious, great for tarantulas to hunt, easy to keep/breed, and cheap to purchase. They can also be gut loaded to provide supplemental nutrition.

How to feed – Crickets can simply be let loose into a tarantula enclosure for the tarantula to hunt as they please. They do have the ability to fight back, but this is almost never a problem for tarantulas. While multiple crickets can be placed into the enclosure at once, feeding one at a time is recommended.

Cost – 1″ crickets are optimal for tarantulas, and you can purchase 1000 of them for $30, or $.03 per cricket. This is a lot of crickets, though, so it may be best to breed your own crickets in smaller numbers. 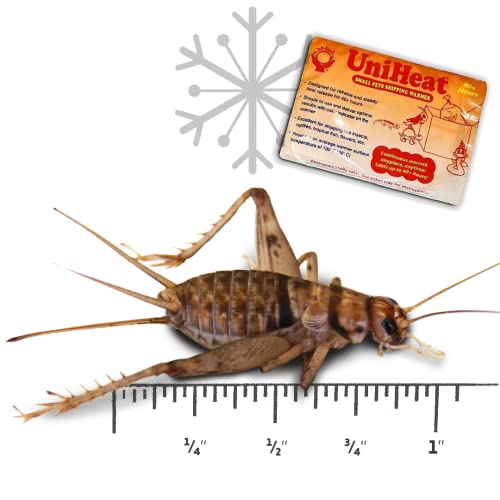 Roaches make for an excellent tarantula food as well. These creatures can be smaller, larger, or the same size as crickets, and they have similar nutritional value. There’s also several kinds of roaches to choose from.

Benefits – As you can imagine, roaches are very easy to keep alive and breed for an unlimited food source. They’re also very nutritious, great for tarantulas to hunt, and pose virtually no threat to tarantulas.

How to feed – Single roaches can be placed into the tarantula enclosure at a time. As these are often larger than crickets, make sure that your tarantula is done eating one roach before another is introduced.

Cost – You can purchase 100 large dubia roaches for around $40, or $.40 per roach. Considering the fact that tarantulas need fewer roaches than crickets per week, this price difference is justifiable. It’s cheaper to breed your own roaches, though. 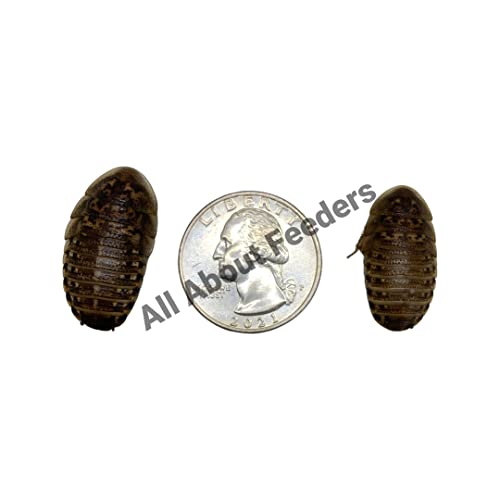 Mealworms are a great supplemental food for tarantulas that work to round out their diets. They aren’t nutritionally-complete, but they’re great for diversification and very affordable.

Benefits – Like most feeder insects, mealworms are cheap, easy to breed/keep alive, and pose virtually no threat to tarantulas.

How to feed – As stated, mealworms should be fed as a supplement once or twice per week. They’re high in fat and don’t contain too many nutrients, so they shouldn’t make up too much of a tarantula’s diet.

Cost – 1000 mealworms can be purchased for $17. Don’t buy too many at once, though, as mealworms can mature into beetles, and many beetles aren’t suitable for tarantulas. 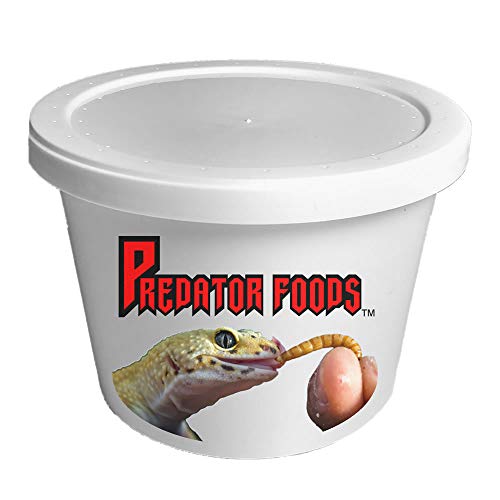 House geckos, or other small lizards, are one of the most popular “treats” for tarantulas. When fed properly, these can be a great way to diversify a tarantula’s diet.

How to feed – As these are large creatures, they shouldn’t be fed frequently. Many owners opt to use these as a bi-monthly snack. Smaller geckos can be placed into the enclosure live, but larger geckos should be pre-killed if they’re much larger than the tarantula.

Cost – Most owners simply catch a lizard or gecko around their house to feed to their tarantula, so they don’t cost anything. However, they can be purchased online for about $5.

Pinky mice are another popular snack food for tarantulas. They’re similar in nutrition to house geckos, and they’re great for tarantulas to hunt down and kill.

How to feed – Just like house geckos, pinky mice shouldn’t be fed frequently (no more than bi-monthly). As pinky mice are very small and can’t defend themselves, they pose no threat to tarantulas and can be placed live into the enclosure.

Cost – Pinky mice can typically be purchased for around $1 to $2 each. They’re easy to acquire due to their popularity as food for reptiles.

What Do Tarantula Spiderlings Eat?

Tarantula spiderlings are extremely tiny, so this means that they need special consideration when it comes to feeding them.

Spiderlings have about the same nutritional requirements as adult tarantulas, but they need to be fed food that’s a lot smaller. Larger crickets/roaches can easily overpower and kill a fragile spiderling.

Therefore, it’s recommended that tarantula spiderlings are fed flightless fruit flies and/or pinhead crickets — food that’s smaller than them and poses no threat.

Spiderlings should be fed as frequently as they’re willing to eat, so make note of how much food your individual spiderling requires. Expect to feed them at least 1-3 times per week.

Eventually, as the tarantula grows, it will stop seeing these small insects as food and simply refuse to eat them altogether (to the point of starvation!). So, before they reach this point, you’ll want to transition them to larger food.

It’s important to remember that feeder insects are living creatures as well, meaning that they need to be properly housed and fed in order to keep them alive and nutritious for your tarantula.

First and foremost, feeder insects need to be kept in a container that’s breathable, very secure, and not too cramped. This small enclosure is perfect for crickets, roaches, mealworms, and other small insects.

Additionally, feeder insects need to be fed themselves! The most common feeder insects all have their own specialty feed that’s crafted just for them, such as this cricket feed, this roach feed, and this mealworm feed.

How To Feed Tarantulas

The actual process of feeding tarantulas is very easy and doesn’t require much consideration throughout much of the tarantula’s life.

As long as the prey is smaller than the tarantula and doesn’t pose an obvious threat, you can simply place it into the enclosure and allow the tarantula to hunt it down and eat it.

There are two instances where letting prey roam free may not be a good idea, though:

A Note On Feeding Frequency

The frequency at which you feed your tarantula is entirely dependent on your individual spider. Some will eat every single day, while others may take frequent, week-long breaks from eating.

The average tarantula eats every 2 to 3 days, while spiderlings eat more frequently at once every day or every other day.

The best piece of advice is to pay attention to your particular tarantula. Take note of what they eat, what they don’t, and how frequently they eat. Over time, you’ll find the perfect feeding schedule for your tarantula.

How To Tell If A Tarantula Is Well-Fed

It’s possible to visually tell if your tarantula is getting enough food by looking at their abdomen. Most healthy tarantulas will have a round abdomen that rivals the carapace in size.

Tarantulas that are either underfed or dehydrated will have a smaller, shriveled abdomen. While a few types of tarantulas have an abdomen like this naturally, most have bulbous abdomens.

Like all living creatures, tarantulas need water in order to live. It’s not commonly observed, but yes, spiders do drink water.

Aside from drinking, tarantulas also get their water from the food that they eat and through the humidity of their enclosure. A combination of all 3 of these things is required to keep your tarantula hydrated.

Since just a few days without water can be fatal for tarantulas, it’s important that you do these 3 things: