Do Spiders Die In The Winter? Where Do They Go?

As winter time comes near, you’re probably wondering where all the spiderwebs went in the corners of your home. Do you wonder where they go? Did the itsy bitsy spider really go down the water spout and get washed out by the rain?

Insects like roaches and mosquitoes, spiders' #1 food source, usually die out or go into hiding during the winter. So without sustainable amounts of food, and with the harsh cold beating them down, how do spiders possibly survive the winter months?

Do Spiders ​Die In The Winter?

​Most spiders usually don't die in the winter. These creatures have become fairly well-adapted to cold temperatures and have systems in place that help them to survive more extreme conditions. ​Different spiders have different strategies for survival.

The two main methods that spiders utilize to withstand colder temperatures are relocation to more comfortable environments and the production of a chemical that makes them more resistant to the cold. A combination of these two methods makes spiders surprisingly hardy.

It should be noted that spiders don't base their actions off of the changing of the seasons through photosensitivity. Instead, they almost exclusively use the temperature around them to determine what actions they're taking. So, it could be the middle of winter, but a random warmer day could cause spiders to come out of hiding and go about their day normally.

The bodies of these arachnids produce glycerol when the temperature drops below a certain point -- usually from any temperature until 23°F ​(with temperatures below that proving to be much more fatal). Glycerol is the "antifreeze" that spiders naturally produce to keep themselves warm ​and to lower their freezing temperature.

​This is a strategy that's not just used by spiders, but is also used by a wide array of different bugs! ​Because these bugs slow down physiologically ​as a result of the cold, certain species of spiders will use this to their advantage and go hunt for those slower bugs​. This easier food hunting helps to offset the harsh winter conditions that they're living in. Spiders try and get themselves out of the elements as much as possible. To do this, they take up residence in a wide variety of different spaces, such as in holes, leaves, or even tree bark. Two common ways these octopeds survive is either to stay active by warmth hunting or torpor. Torpor is a state of physiological inactivity for spider, usually to conserve their energy during the cold season.

Actually, pet spiders utilize these methods more than common outdoor spiders. For example, tarantulas lower their internal temperature using it to their advantage for hunting in the cold weather. Indoor spiders, such as the infamously dangerous brown recluse or black widow, are known to be warmth-hunters. They are drawn to warmth for shelter and food.

You might find these fiends “living rent-free” in corners of your home or garage. Outdoor spiders just keep themselves warm through glycerol production, torpor, or warmth hunting and try to nurture their webs. The location of their shelter plus the antifreeze is the key combination that spiders need to survive the winter.

Do Spiders Come Indoors In The Winter?

While spiders are considered "cold-blooded" creatures, they aren't attracted to warm areas to regulate their body temperature. House spiders that you see inside of your home are among the minority of spiders that thrive in indoor conditions (warmer climates, poor water and food supply). These house spiders have been living indoors since the Roman Empire and can actually perish if put outside.

Unlike the few indoor spider species, outdoor spiders do not do well indoors. They aren't adapted for surviving in an indoors environment without special care, so you won't see them take residence inside of your house when temperatures drop.

If a garage or garden shed is accessible, they may take shelter there for short periods, but it's rare for them to move into your actual house.

What About Baby Spiders & Spider Eggs?

Spider eggs are not hardy and will quickly die when exposed to cold weather. Therefore, spiders have had to develop strategies around their reproduction to give them the best chance of surviving. This has resulted in two different methods of egg laying -- both of which are quite effective.

First off, a lot of spiders lay eggs in the fall. These babies hatch just before winter hits, then spend their time safely huddled within their egg sacs to stay warm. During this time, they become more proficient at producing their natural antifreeze and are experts at it by the time spring rolls around.

Some spiders wait until after the cold winter time passes and lay their eggs in the spring. These spiders tough out the winter and then mate and reproduce as temperatures get warmer. Spiders that do this include wolf spiders, running spiders, and jumping spiders, and virtually none of them create webs. If you’re not one to mind a spider's presence, they actually provide fairly accurate weather forecasts. Spiders can sense when a numbing sharp shivering winter is coming and will begin preparations ahead of time. This is visible through the building of thicker webs.

The thicker the webs, the colder the incoming winter will be. If you're familiar with the spider webs around you, a subtle thickening may be indicative of colder weather ahead.

So, it all comes down to the temperature! Spiders are amazing and mysterious creatures that are capable of protecting themselves under many weather conditions. They disappear for a while into the cracks and corners waiting for better days to hunt and go about their spider lives. 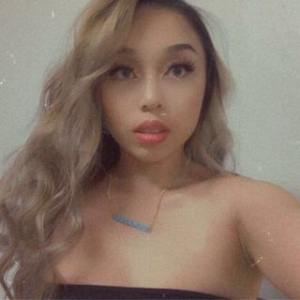