Do Tarantulas Jump? (Why You Need To Watch Out) While there are definitely some types of tarantulas that lay around and don't do much of anything, there are others that are actually quite active! This is especially true when food is involved. Some of the more ravenous tarantulas will dart all around their enclosures to subdue their prey and satisfy their hunger.

Can you expect your tarantula to jump when they get excited like this? Additionally, if you're handling your tarantula, is it possible that they'd jump out of your hand onto the floor below? It's hard to know for sure unless you've spent some time with these creatures.

Tarantulas don't frequently jump -- at least not in the way that you would expect. If you're defining "jumping" as the tarantula launching itself several inches or feet vertically up and down, that's not something that happens much. Tarantulas rarely jump vertically, but some do possess the ability to.

Now, most tarantulas do jump, or rather leap, horizontally to quickly subdue their prey. During this action, the tarantula only leaps about an inch into the air, but it's a jump nonetheless.

There are a few tarantulas, though, that can jump vertically. This can be done for two reasons: either to quickly reach prey that has the high ground, or to reach a new area that they want to climb on. Tarantulas that make these leaps are often arboreal, as they're more used to being off the ground. 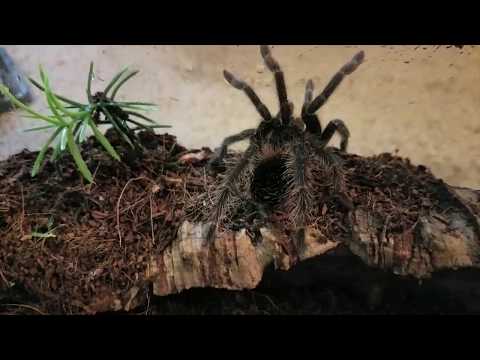 As you can see in the video above, the Lasiodora parahybana gets about an inch off the ground in an explosive movement to reach the mealworm. In fact, there are some arboreal tarantula genera that are notorious for making these quick jumps, such as:

Just because a tarantula is one one of those genera doesn't mean that you'll experience it jumping. Alternately, tarantulas in genera that aren't included in that list have the ability to jump. All tarantulas are capable of explosive movement that will let them jump up in the air.

How High/Far Can Tarantulas Jump?

It's hard to tell just how high/far a tarantula can physically jump (since they don't frequently jump to their fullest potential). There are plenty of videos of tarantulas jumping a couple of inches, like this one from Exotics Lair: 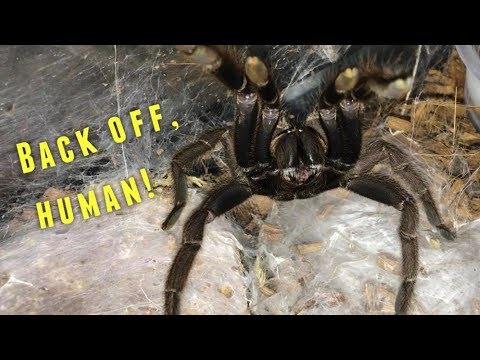 This small tarantula got a couple of inches in height and distance with its jump. Another video by The Dark Den shows a tarantula jumping quite a few inches onto some substrate below: 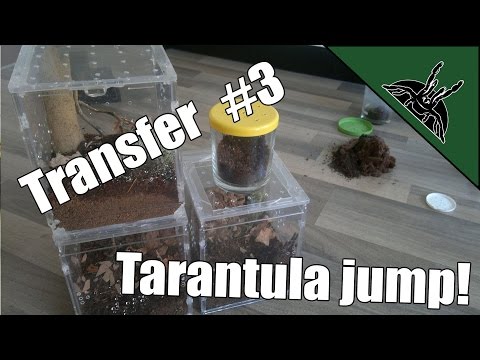 There have been reports by owners stating that their tarantulas jumped more than a foot vertically out of their enclosure, but video evidence of this is difficult to come by. What has been filmed a lot, though, is a tarantula jumping off of a raised surface or someone's hand onto a lower surface below.

Dangers Of Falling For Tarantulas

The fact that tarantulas often jump down to lower surfaces raises the concern of injured tarantulas due to these jumps! Tarantulas are quite fragile creatures, and are susceptible to a significant amount of damage from a seemingly harmless fall.

A fall of as little as a foot onto a hard surface could result in a broken leg or internal damage of varying significance. This means that you should never give your tarantula the opportunity to jump this distance!

Never let your tarantula roam around freely on a high surface such as a tabletop. Additionally, if you opt to handle your tarantula (which we don't recommend), you need to do so only a few inches over a soft cushioned surface like a bed or sofa.

Tarantulas may act tough, but they're not the smartest or physically strong creatures. Therefore, you need to treat them with a bit more care than you would originally think would be necessary.

So, in short, tarantulas do jump. Some can jump vertically a good amount, but way more possess the ability to jump horizontally. They use the powerful hydraulic mechanisms in their legs to push off from a surface span an impressive distance, as shown by the Poecilotheria regalis below. 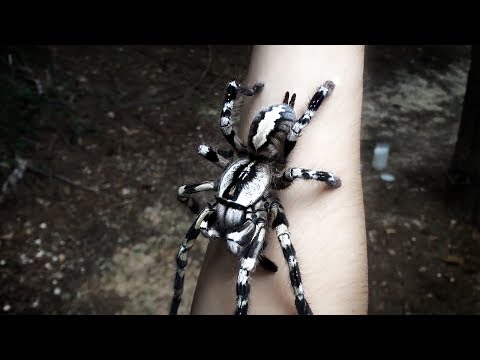