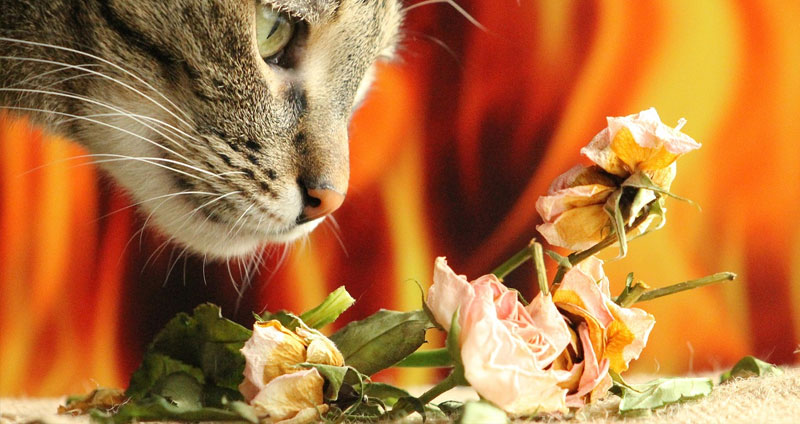 Saying that we all love our cats is not a groundbreaking statement. They’re all our little angels! However, it’s a never a pleasant experience to walk by your cat’s litter box and catch a whiff of their recent bowl movement.

Fortunately, there are many different kinds of cat litter available that are specially made to contain and eliminate even the worst odors. However, with tons of options out there, there’s also a ton of different aspects of that litter to consider, which can be overwhelming.

That’s why we’ve compiled a list of the best cat litter for odor control, in addition to a comprehensive buyer’s guide to better understand what goes into a good cat litter.

An excellent all-around litter that not only eliminates odors but is also very easy to scoop and clean efficiently.

An excellent value combined with effective odor control defines this litter. It also lacks dust and doesn’t track around the house.

An all-natural litter that’s both hypoallergenic and safe for you and your cat while remaining notably effective as a litter.

The cat owner community has been debating whether scented or unscented cat litter is better for quite a while. However, whichever litter is “best” for you and your cat entirely comes down to personal preference.

First of all, does the litter work for you? If the litter is scented, is it too powerful and even nauseating when you walk past it, or is it very mild? Most scented cat litters are quite conservative with their scent, so it’s generally not an issue for most people.

You’ll also want to consider your cat’s preferences. Now, you can’t directly ask your cat whether or not they like the litter you got them, so you’ll have to do some observing. If your cat sniffs the litter box and walks away or misses the litter box on purpose, then there’s a chance that they don’t like the litter. This doesn’t mean it’s because of the scent, though.

As far as effectiveness goes, unscented and scented cat litter generally performs the same. In fact, most of the popular litters come in both scented and unscented variants, so you’ll be able to choose whichever one you prefer.

You could have the absolute best cat litter for odor control, but it will only be partially effective if you’re not taking other factors into consideration. Taking action on these 5 tips will make your cat’s bathroom situation much more gentle on your nose.

While there are a ton of different kinds of odor-controlling cat litter available, they still should live up to the same standards as other litter. Here are some of the main traits of the best cat litter for odor control:

What Is The Best Cat Litter For Odor Control?

Not all cat litter is created equal — especially in terms of odor control. That’s why we’ve compiled this list of the 5 best cat litters for odor control and ranked them based off of performance, value, and overall quality of the litter. Every cat is different in their preferences and bowel movements, but it’s safe to assume that most cats and owners will love each of the litters listed below.

Ever Clean is one of the most well-known cat litter brands out there, and they’ve created an incredible litter that lives up to the high standards that they’ve set. This cat litter contains a mix of activated carbon and antimicrobial agents to help battle and eliminate odor with an effectiveness that is rarely seen. Additionally, it’s 99.9% dust-free and 100% scent-free which makes it an excellent choice for people and cats that are sensitive to dust. On top of that, the absorption and clumping of the litter is optimized to trap urine and prevent odor from escaping for up to 10 days of freshness.An overwhelming majority of cat owners love this litter and its effectiveness. In fact, a lot of owners have said that they smell absolutely nothing from their litter box, even when they’re sitting right near it. They also love how good this litter is with clumping, as it’s very easy to scoop out only the soiled pieces.The functionality of this litter is on point for a good majority of cat owners, but a handful have experiences some issues. The two main things that people notice is that it doesn’t clump well sometimes, and it also struggles to cover up some odors. Now, these problems are rare, and it’s not clear how some owners have these issues while most don’t, but it’s still one of the best cat litters for odor control available.

Baking soda is one of the most commonly-used methods for reducing odor in cat litter boxes. Additionally, Arm & Hammer is known for their excellent backing soda products. Therefore, it only makes sense that Arm & Hammer would create a cat litter that’s phenomenal at sealing in odors. In fact, their baking soda formula is patented, meaning that you won’t find this effectiveness in other brands. Not only is the odor control ridiculously good, but it’s also constructed very well. The clumping of this litter is second to none, and it is 100% dust-free for happy and healthy lungs. On top of all of this, Arm & Hammer has a 7-day guarantee, removing any risk of purchasing this litter.Much like all the litters in this list, this litter is enjoyed by most of the owners that chose it for their cat. It’s a common theme in reviews for owners to point out how well it locks in odors and keeps houses smelling clean. The clumping ability is also very noteworthy, with tracking now being a thing of the past for most owners.Most owners note that this litter does everything that it says it will and so much more. However, a couple outliers do exist. The main complaint people give is that it doesn’t clump too well, resulting in awkward cleaning. Some other owners don’t like the added scent in this litter, stating it’s too strong. Once again, these owners are in the minority, with most not experiencing any of these problems.

Fresh Step, an already fantastic cat litter brand, partnered with Febreze to bring this litter to fruition. This partnership has given an effective cat litter a scent that keeps your household not only smelling fresh, but smelling good. If you’re looking for a cat litter that smells as good as it functions, this is the one for you. Not only does it smell great, but it functions as a great litter, too. The clumping of this litter is solid for an odor fighting litter, and the dust levels are very low, too. The clumping and lack of dust isn’t as good as the two litters listed above, but it comes very very close. At this point, you’re deciding if you want to put an emphasis on better smells or better cleanliness.Again, most cat owners absolutely love this litter, stating that it’s the best one that they’ve used. The odor control is easily the best that many have tried, and it easily eliminates odor from multiple cats. It also clumps well and almost no owners have issues with the dust levels of the litter.Ironically, the main concern of owners that are dissatisfied is about the lack of odor blocking abilities. Some owners note that the odor blocking doesn’t work, and others state that the smell of the litter itself isn’t very nice. Regardless, most owners do like the smell of this litter and say that it controls odor well.

Just like Fresh Step and Febreze collaborated on a litter, Tidy Cats and Glade have done the same thing. They’re not only similar in concept, but they’re similar in execution, too, with this litter sharing a lot of the features of the other one. The odor coverage is very good on this litter, removing bad odors and keeping the room smelling faintly like Glade air freshener. In fact, this is the litter that I personally use for my cat, and it allows me to keep the litter box anywhere in my house without smelling awful. It’s also virtually dust-free and clumps decently well, making it a nice, well-rounded cat litter.Owners of smelly cats, even ones that have 7 cats in a household, love this litter. The value is almost unbeatable, and the great odor elimination requires you to change the litter less frequently which saves even more money. Additionally, owners note that there’s an awesome lack of dust and clumps excellently for the most part. Tracking is also basically eliminated.The main concern with this litter is in regards to its clumping abilities. While most owners don’t have an issue with the clumping, me included, a couple note that the urine sinks to the bottom of the litter tray and is hard to scoop out. Usually these reviews state that the litter didn’t use to be like this, so there’s a chance that they received a bad batch.

This litter has rightfully earned its place on our list of the best cat litter for odor control, and not just because of its odor protection capabilities. This litter takes an all-natural approach to its ingredients, which isn’t something done by many other litters. It’s also hypoallergenic and lacks irritating dust and perfume. The lack of added scent means that this litter entirely depends upon its clumping abilities to lock in the odor, but it does this very well. The odor-blocking abilities aren’t the best in this litter, admittedly, but the natural approach can make it a great choice for sensitive cats or health-conscious owners.Owners are more than pleased with this litter as one that’s minimally-invasive. The lack of scent, dust, and tracking makes it an excellent choice for households that don’t want those issues (and who does?). Most allergies aren’t a problem when this litter is used. Additionally, even though it’s not the absolute best on the market, it still clumps very well and locks in odors quickly.A couple owners don’t think that this litter does enough in terms of locking in odors and clumping. For people, the litter either didn’t hide smells at all or didn’t clump in a way that was easy to scoop out of the box. Need I say — most owners didn’t have these issues, but a couple did. However, the hypoallergenic properties are undeniably good.

There are a ton of different kinds of cat litter available, and each one comes with its own unique benefits. Every cat and human is different, meaning that there should be a bunch of different litters to meet all of their specific needs. However, that doesn’t mean that there aren’t a few litter options out there that are simply the best for odor control, hands down.

Therefore, after analyzing all of the cat litter available, we’ve determined that the best cat litter for odor control is the Ever Clean Extra Strength Unscented Clumping Litter.

This unique litter is incredibly effective at locking in and eliminating odors in a litter box of one or multiple cats. Not only does it deal with odors, but it has virtually no dust and is very easy to scoop due to its great clumping abilities.