Peppers are some of the most interesting fruits that exist! These brightly-colored foods all contain healthy amounts of vitamins A and C, potassium, folic acid, and fiber, no matter what specific kind they are. On top of that, they're also quite tasty and can be eaten in many different ways. Because of the health benefits and great taste that comes with peppers, you may be wondering: Can hamsters eat peppers?

Due to a hamster's digestive system, yes, you can feed your hamster peppers, but only bell peppers and only in small amounts. Large amounts of bell peppers aren't the most healthy for hamsters, and spicy peppers can cause serious complications if eaten.

What Do Hamsters Eat In The Wild?

In order to better understand why certain peppers make for good hamster snacks, it helps to know what hamsters naturally eat in the wild. Due to the fact that hamsters have only been kept as pets for a short while, they've had thousands of years to roam free throughout Syria, Greece, Romania, Belgium and China. During this time, they've been exposed to roughly the same foods. So, their digestive systems have slowly become fine-tuned for efficiently digesting those foods.

This is why you should closely match your hamster's diet to their natural diet -- it's what their bodies have become optimized for!

Hamsters are classified as omnivores, but end up eating a diet that very closely resembles that of a standard herbivore. Because of this, hamsters are able to eat a wide variety of different foods in order to get their essential nutrients, with the majority of these foods being plant matter. So, a healthy mix of grains, nuts, and the occasional fruit and vegetable makes up a wild hamster's diet.

Wild hamsters are scavengers that run around and eat whatever they can find. While the exact food that they eat differs depending on their location in the world, there are still trends that emerge. Wild hamsters eat a diet that primarily consists of nuts, grains, seeds, fruits, cracked corn, vegetables, insects, lizards, and frogs.

After looking at the diet of a wild hamster, it makes sense that bell peppers would make for a nice little snack. Although hamsters don't have much access to bell peppers specifically, they still eat foods that have similar characteristics. So, they're able to benefit from the occasional consumption of bell peppers.

Bell peppers are very brightly colored, and they get these colors from something called carotenoids, the same things that give color to pumpkins and carrots. Red bell peppers specifically contain a carotenoid called lycopene, which is also very present in tomatoes. Lycopene is commonly referred to as a cancer preventative in humans. While not much research is done on their effect in hamsters, they may benefit from those cancer-fighting abilities.

Bell peppers are also loaded with antioxidants. Now, hamsters don't necessarily need antioxidants to live a happy and healthy life. In fact, they could go their whole lives without eating an antioxidant-rich food and be totally fine. This doesn't mean that antioxidants are worthless for hamsters, though.

Hamsters produce a lot of waste products during their lives through basic chemical processes. Some of these waste products are called free radicals, and they're essentially unstable atoms that take electrons from other atoms. This process results in aging, and it's a very normal process. However, antioxidants can be used to lessen the blow of this process.

Dangers Of Hot Peppers For Hamsters

Like bell peppers, hot peppers also have quite a few health benefits. Jalapeños, for instance, contain a chemical called capsaicin. On top of making the peppers hot, capsaicin also has many health benefits such as improved heart health and decreased ulcer risk. However, these peppers are not good to feed to hamsters.

Hamsters are very different from humans, especially when it comes to dietary requirements. Humans are actually quite resilient when it comes to food, and we can eat a wide variety of different foods without experiencing many problems. Hamsters have a bit more of a finicky digestive system.

Hot peppers are simply way too hot for hamsters to properly digest. Some peppers are spicy to act as a line of defense to deter animals from eating them. While humans can generally handle this spiciness, hamsters can not. Consumption of a hot pepper could cause mild to severe intestinal distress in hamsters that they shouldn't need to deal with in the first place.

How To Properly Feed Your Hamster Peppers

Some peppers, primarily bell peppers, are actually quite healthy for hamsters. They are fruits that contain quite a few nutrients and deliver those nutrients with a unique texture and great flavor! However, these fruits are a bit high in water and sugar, meaning that they aren't the best source of nutrients and are a bit unhealthy. So, they can be a great diet addition if they're fed to hamsters appropriately.

When feeding a hamster peppers, it needs to be done in relatively small amounts. A small piece given to hamsters about 2-3 times per week shouldn't harm them and helps to keep their diet interesting. A "small piece" is classified as a piece that's about half the size of a hamster's head. It's also important to note that spicy peppers need to be avoided entirely.

If you do want to start feeding your hamster peppers, you first need to make sure that their specific dietary needs are being met. Peppers contain some great nutrients, but the density and effectiveness of their nutrients is nowhere near as effective as nutrients found in hamster foods.

The staple food of any hamster's diet should be a high-quality pellet or mixed food. These hamster-specific foods contain most of the nutrients that a hamster needs in order to be happy and healthy. They also keep diets very interesting with unique flavors and textures.

Once you make sure that your hamster is having their nutritional needs met, then you can focus on supplementing their diet with treats such as peppers.

Although peppers aren't the worst food that you could be giving your hamster, it's certainly not the best. Hamsters do gain some benefit from peppers, but it's marginal compared to a quality pellet food. Fortunately, there are some other treats that are fantastic for hamsters, and we've listed two of our favorites below.

Tiny Friends Farm Lovelies are some of the most popular, well-received treats among hamster owners.

These treats are made from simple, natural ingredients and are nearly irresistible for hamsters.

Two or three treats a week is enough to keep your hamster satisfied and their diet interesting.

An alternative to standard rodent treats are seed mixtures, and this is one of the best available.

Wild hamsters eat many seeds during the day, so this snack closely mimics what hamsters are used to.

Feeding hamsters 2-3 seeds per day rounds out their diet while keeping them healthy and happy. 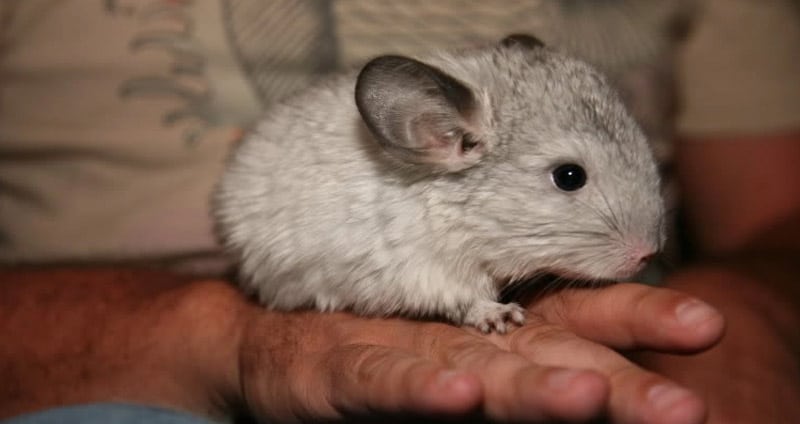