​Boa constrictors are some of the most popular snake pets, right behind ball pythons​. These reptiles are extremely interesting, beautiful, and quite profitable if they're being bred. While most people are aware of the existence of boa constrictors, they generally aren't aware of the fact that there are dozens, if not hundreds of unique kinds of boas due to something called morphs.

So what exactly are boa morphs? A morph is a genetic mutation that alters the physical appearance of a boa constrictor while keeping it the same breed. There are hundreds of different morphs and morph combinations that result in a wide array of boas existing today.

​​While we've highlighted 19 primary morphs within this post, there are definitely more than this out there. New morphs are being discovered all the time, and these morphs in turn help to form new morphs.​​​

What Is A Boa Constrictor Morph?

​A morph is a type of ​boa constrictor that's a different color and pattern than what you'll most commonly see in standard boas. One thing to note is that a morphism is different from a birth defect, and this difference will be explained later in this post. We'll also highlight common defects in snakes to help identify them easier.

The scientific reasoning behind the existence of morphs is quite complex, so it won't be extensively covered in this post. However, the concept can be simplified down to the existence of mutations. Every living creature is made up of strands of DNA -- a molecule responsible for carrying the instructions for growth and development in an organism.

When a DNA sequence mutates, quite a few different things can happen in that organism. Some mutations cause protein to be made, while other inhibit protein production. The mutations that occur in boas, or morphs, affect the physical appearance of the snake by changing where and what kind of skin pigment is produced. This is the general concept of morphs.

When these mutations are present in the sex cells of the parent snakes, they can be passed down to their children and continue on for generations. The dominance of these mutations determine whether or not these changes will be visible in the offspring​, so it's quite an important aspect for boa breeders to consider.

So, boa constrictor morphs aren't genetically-inferior versions of standard boas, they're simply the same snake with a much different appearance! 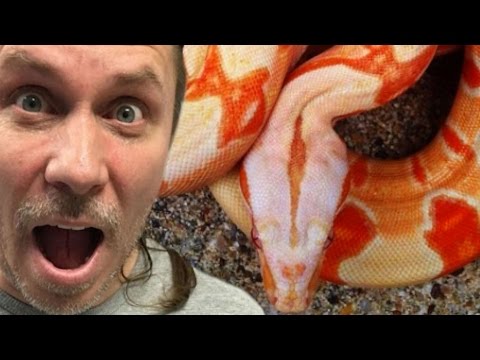 What ​Are The Different Boa Morphs?

There are currently dozens of different boa constrictor morphs with thousands of combinations between all of them. In this post, though, we're highlighting 19 of the most popular and interesting morphs that exist today. Albino boas lack melanin, resulting in a white to cream-colored body and red eyes. This is a recessive gene that is frequently combined with other morphs to create lighter boas. While Albino boas lack pigment, Anery boas simply lack the color red in their bodies. They're born silver with lavender tails, but their saddles and tail turn brown and yellow as they age. A co-dominant gene that's used to create some very interesting morphs. There's usually very intense speckling throughout the body with black on the head and tail and a light brown underside. This co-dominant gene is a color and pattern mutation. Originally discovered as a class pet, the Aztec boa has a very pronounced pattern and a light-to-dark gradient down their body. Blood boas are considered "dwarf boas" as they only reach about 5 feet in length. This recessive gene starts off blood red, but darkens with age and turns into a rusty brown color. Eclipse boas are created as a combination of Leopard and Colombian Motley genes. They start off lighter and darken with age and have patterns that range from pronounced to subtle. The fire is a dominant gene, meaning that they can produce a Super Fire -- a totally white snake with black eyes and a red pupil. This morph enhances any morphs it's bred to. While these boas lack pigment, they aren't Albino boas. They simply lack melanin to certain degrees. This results in a boa that has less color than a "normal" boa and has the co-dominant Hypo gene. IMG stands for Increasing Melanin Gene. Some very high quality IMG boas will become completely black in adulthood, but most will retain at least a faint pattern that's either speckled or "shadowed". This boa originated in Sweden as the result of breeding an aberrant-patterned boa. They tend to be light brown with dark brown, erratic patterns. This is a co-dominant gene.

There is a good amount of variety in Key West boas, as their colors and pattern can be influenced by other genes. While they don't look very unique, they tend to be more colorful and "washed-out". Another small boa that only reaches 5 feet at maturity and is a recessive gene. This is a common breeder boa as it has a very unique pattern and unrivaled dark coloring.

This morph got its name because of its similarity to the Motley corn snake. Motleys have more of a lavender/silver color with circles/ovals on their back and no side pattern. Pastel boas tend to have an overall reduction of black pigment. This results in boas that allow the underlying colors to show through much more prominently, making it a popular breeder morph. Pink Panther boas are a bit of an uncertain morph. In fact, some boas are labeled as Pink Panther when they're not in order to increase their price. This morph has a faint pink color and wild pattern. Anery and Albino boas bred together will create double het offspring. Those offspring can be bred together to potentially create a Snow boa. Therefore, this morph is a double recessive gene. Sterling boas are quite fascinating morphs that fetch a high price. These beautiful boas tend to be a solid color, ranging from light brown to a dark brown/gold mixture. Sunglows are formed by combining Albino and Hypo genes. This creates a morph that looks similar to an Albino but results in higher contrast, cleaner markings, and brighter colors. This commonly refers to VPI T+ boas. These boas are Albinos that can produce the pigments brown, grey, and red. This is a very desirable morph that has a pale background and pronounced colors.

​While every boa constrictor morph that exists has interesting characteristics that make it appealing to a wide variety of people, some morphs do rise above others. These morphs are desired more than other morphs due to a plethora of factors. Some of those factors include how new they are, their rarity, and the attractiveness of them and their offspring.

​In short, ​boa constrictor morphs are significantly more expensive than standard boas​. Back in 1970-1980, boas were​​​ quite boring and relatively affordable. You could commonly find boas for sale in pet stores and from breeders for under $100. However, the existence and popularization of morphs has definitely changed the way boas have been viewed by society.

Despite the fact that basically all morphs behave the same and have the same requirements, they can look extremely different and beautiful. It's this unique appearance that adds tons of value to some morphs.

These days you can find normal, healthy boa constrictors for around $100​. However, there are some boa constrictor morphs, such as the ​​​Sterling ​and Eclipse, that can fetch thousands of dollars. Some rare, stunning combinations of the most desirable morphs sell for upwards of $10,000 to $15,000​!

These exorbitant prices are quite uncommon, though. You'll see most morphs selling for somewhere between $200 and $800, which isn't cheap but is much cheaper than top of the line designer boas. Prices will also vary depending on temperament, age, and the unique styling of each individual snake. Not all boas are created equal!

No matter which morph you decide to go with, though, all boa constrictors will cost roughly the same amount of money throughout their lives. Since morphs are mostly superficial differences, there are no differences in their basic needs as living creatures.

​Earlier, it was mentioned that morphs and birth defects aren't the same thing. It's important to know the difference so that you can tell when a ​characteristic is caused by a morph and when it's something that's actually problematic.

Morphisms are mutations in a boa constrictor's DNA, resulting in a different physical appearance but keeping their basic biology the same. Most times nothing is added or taken away from these boas -- they just look different. Birth defects are not like this at all.

Birth defects in boa constrictors result in lost or gained genes, often resulting in an entirely different anatomy of a boa. This can drastically affect its basic functionality and ability to go about day-to-day tasks. These defects can severely limit a boa's survival skills and result in premature deaths -- especially in the wild.

The presence of these defects can make boa breeding quite dangerous if you aren't sure of what you're doing. If you're breeding two morphs that are incompatible with each other, some dangerous side effects can occur -- often producing offspring that die within weeks. If a ​pregnant female boa is kept in an enclosure that's not the correct temperature, birth defects or total loss of the offspring can also occur.

Even if you're a very experienced boa breeder, these birth defects can still occur in your snakes. They are quite rare, but they do happen on occasion. However, if you know what you're doing and what to avoid, you can mostly avoid these devastating defects and raise beautiful, healthy boas. 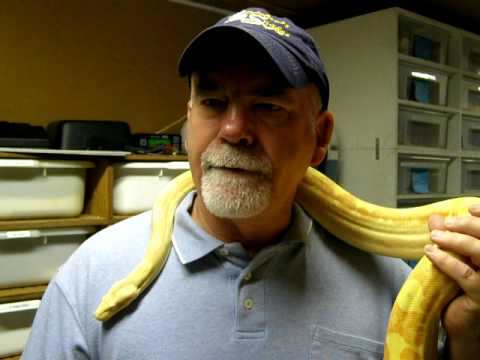 ​After looking at all of the boa constrictor morphs that exist and learning about how much they can fetch, you may want to start breeding and selling morphs. Snake breeding is a very intricate and complex process that requires an extensive amount of knowledge, care, and patience. It's not a business that anyone can get into and start making big money quickly.

If you're set on becoming a breeder for monetary gain or to just create unique boas for yourself, you need to first become as knowledgeable as possible. You need to learn all about boa constrictors, what their initial costs are, how to meet their needs, and what you can expect to profit. This is done through plenty of research, talking to existing breeders, and some initial testing.

Before you begin the breeding process, you need to make sure that you can provide a safe and healthy environment for any snakes that come into your care. A boa's average litter is around 16 babies, with some producing litters over 50! Have plenty of safe, single enclosures to house your snakes, and make sure that their snake room is temperature and humidity-controlled.

​When you acquire your first boas, you need to keep them as happy and healthy as you possibly can. It's important to remember that these are living creatures that are deserving of a healthy and safe environment. Plus, healthier and happier boas tend to have better success with reproducing.

When it comes time to breed the boas, don't push them. Being overly assertive can result in excessive stress that's damaging to the boas and may result in them missing their mating window. Ensure that the female boa is ovulating when introducing the two snakes as this releases pheromones to tell the male that she's fertile.

There are some specific details that you'll want to know regarding how to mate the two boas, and this post in Reptiles Magazine shares those details.

​Make sure that you're pairing compatible morphs together to avoid any combinations that may cause problems. You also want to breed boas that will produce offspring that fetch a higher price if you're trying to turn breeding into a business.